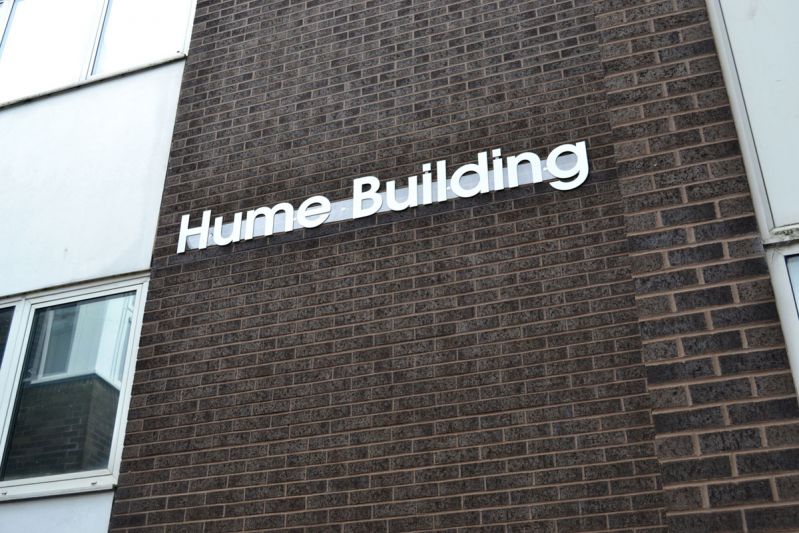 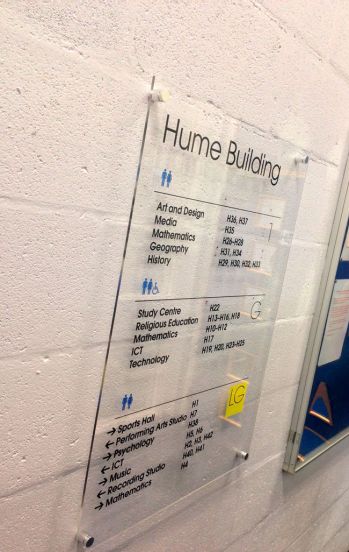 Wayfinding has been used in architecture for many years, but has now become an essential part of a building’s design. It not only encompasses the rudimentary idea of navigation of a structure but also a continuation of the building’s personality and identity.

Although a heavy emphasis is placed on the importance of wayfinding in the healthcare environment, it is also increasingly important in educational institutions as well. Allowing students and faculty to easily navigate structures.

For the past two years, a new wayfinding system designed by Duncan Baines has been implemented at the St. Mary’s Menston School in West Yorkshire, England to address navigation issues students and visitors were having. The new identification system of the Hume Building, which features the most common destination on campus the Sports Hall and Performing Arts Studio, received new exterior signage, as well as regulatory and directional wayfinding signs throughout the interior.

In 2014 a new sign for the Morse Building was created with the new branding format, with more to come in 2015, allowing visitors of St. Mary’s Menston to easily navigate the campus.

The signage was produced and installed by Quarmby Colour of Leeds. The exterior signs were created using white Dibond aluminum composite material (ACM), which was praised by the school for being an economically efficient material. 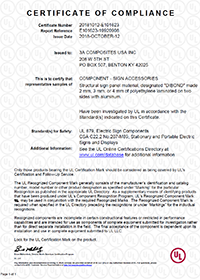 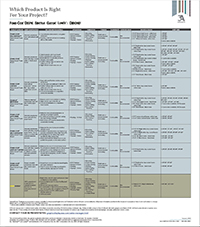