In 1995, when James B. Campbell started working as an exhibit designer for Channel-Kor Systems, Inc., of Bloomington, Indiana, he became intrigued with the properties of Sintra Material –– for fine art projects as well as exhibits. His unique work with the material has led to a series of low-relief carvings as plaque-like wall hangings and “cast paper” wall hangings. Featured in galleries, competitions, collections and installations, his work with the stylized human form has been rendered in paintings and etched glass, as well as Sintra Material.

“Some of the portable exhibits that were built by Channel-Kor at that time utilized Sintra Material for countertops, largely due to its durability and its light weight. The staff in the counter shop provided me with some one-half-inch-thick pieces to work with,” he said. His artistic experiments with the rigid, moderately expanded plastic board utilized common woodworking and carving tools. Some of the carving tools, including a set of “small palm gouges” were inherited from his father-in-law, who was an avid woodcarver. Yet, his first experiments using the tools had been with solid PVC for a column in a home remodeling project.

“For the remodeling project, I used a router, Dremel® tool and the gouges to carve a circular band of solid PVC for the middle of the column. The router proved useful in roughing in the design and laying out the field of the work by cutting the stepped levels of the overall design. Some detail patterning for the background was then done with a router base on the Dremel. All remaining shaping and detailing was completed with palm gouges,” said Campbell.

“The texture of the grain made it possible for me to color even the white, sculpted Sintra Material –– using pure, dry pigments. While Sintra Material is available in a wide range of uniform colors, and it can be painted or screen printed, I decided to try rubbing dry pigments into the white Sintra Material. I found that the tiny pockets, or cells, in the material will hold the dry pigments rubbed into the deeper cut area, whereas the shallow or uncut surface would resist most of the rubbed pigment. This variation in the acceptance of my ‘hand-rubbed’ color contributes to the unique character of each piece.” Campbell utilized many of the sketches drawn earlier in his career to develop these pieces. “In a year and a half, I produced over thirty carvings in Sintra Material,” he said. “Many of the carved low reliefs have been mounted in exotic and domestic hardwoods, creating plaque-like wall hangings. Some of the pieces have been reserved for making urethane molds for castings, and others are simple sketch-like carvings used to directly mold cotton paper pulp for paper castings.”

As part of the paper casting process, Campbell also uses Sintra Material as a “box border” and a “screen frame” because it resists the moisture of the paper pulp and is easy to clean. Some of the water in the paper pulp is allowed to leak out; other water is absorbed with a natural sponge, while pressing the pulp into the detail of the mold. Once dry and pulled from the mold, the paper casting is ready for mounting.

The sketches used in his work “draw upon bits and pieces of symbolism from a wide variety of world cultures, both present and ancient,” according to Campbell. “My sketches and carvings express that the collective history of our world is what makes us the people we are today and shapes the world of our future. We often have more in common than we think.

Introduced to the North American market in 1980, Sintra Material has become popular for a wide range of applications, including signage, POP displays, screen printing, mounting of photos and digital graphics, as well as exhibit construction and…as an artwork medium. 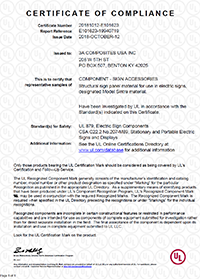 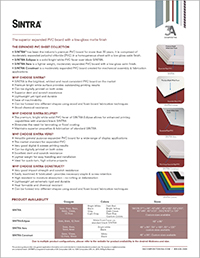